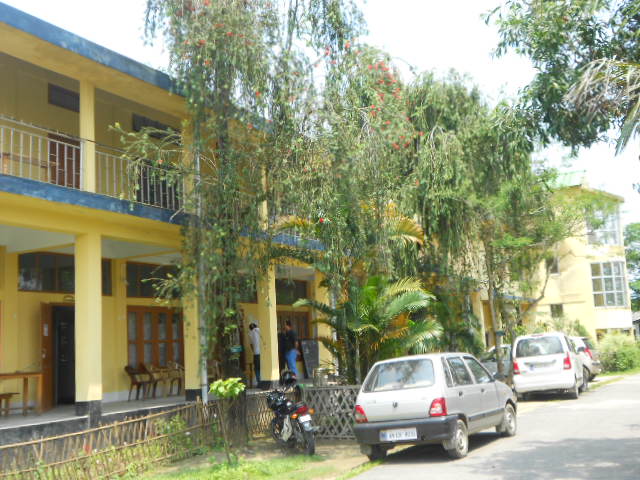 Chaiduar has a remarkable place in the history of Assam. Literally a place having six routes of entry, Chaiduar was frequently visited by tribes from the adjoining hilly places through these six different routes. Gohpur, being the central place, was later made the sub- divisional headquarter in the district of Sonitpur.

Chaiduar College with Arts Stream, affiliated to Gauhati University was established in 1967 at Gohpur by a few humble citizens of this region with active financial and moral support from the neighbouring populace. Being the only full-fledged institution of higher learning in Chaiduar, the college is continuously serving the academic as well as social needs of the region stretching from Buroi to Howajan. The college was subsequently placed under deficit grants-in-aids by Government of Assam in 1977.

Realizing the ever growing need of Science education, Science Stream was started in 1987 and was placed under deficit grants-in-aids in 1998.

To cope with the present day needs, the college has introduced some Career Oriented and Computer courses in 2006 and the much needed Commerce Stream in 2012. More such useful courses are likely to be introduced in near future. Besides offering the traditional courses, the college has been running some selected job-oriented and knowledge based courses implemented by the Indira Gandhi National Open University (IGNOU) and Krishna Kanta Handiqui State Open University (KKHOU) as Partner Institutes. Courses under IGNOU emphasize upon the appropriate use of information and communication technologies and public services available at the disposal of students. The University functions through its large network of Regional Centres, Study Centres and Partner Institutions spread all over the country. Moreover, a one year PG Diploma in Entrepreneurship and self-employment under the tag of UGC-Sponsored Innovative Programme is also available.

Chaiduar College strives to act as an institution for quality in higher education and become an instrument for development of the society by providing necessary inputs to deepen the knowledge of various disciplines under its fold.